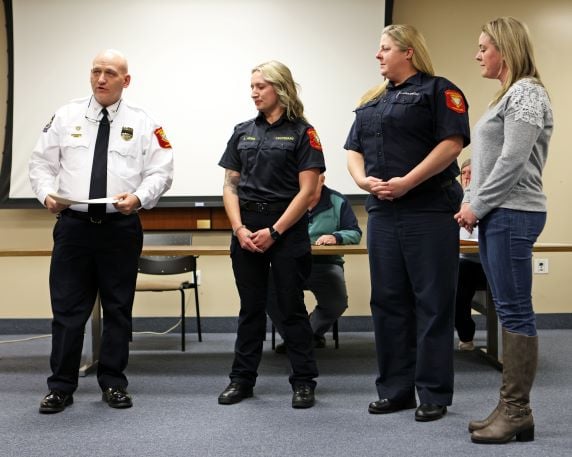 After all, that is their job.

But when presented with an unusual case, VMSC paramedic Laura Cole and A-EMT Lt. Abigail Akins went above and beyond, quickly recognizing and treating a patient that credits their response with saving her life, despite the atypical circumstances.

“It was an honor to see the board recognize Cole and Akins for their heroic save,” said VMSC chief Shane Wheeler. “The entire corp is full of amazing and talented people who display bravery and professionalism every day, but they went above and beyond to ensure their patient received the utmost in care even with an extraordinary case.”

Tara Pedrick, 41, Hatfield was the subject of the call and spoke about the event during the March VMSC board meeting.

“On the morning of Feb. 16 I suffered a heart attack,” Pedrick said. “With the bravery of my children, my best friend Melinda and my husband all communicating with 911 and getting EMS to my house quickly, they helped save my life.”

Even though it was a rare case, everyone involved treated her in a way that ultimately led to a positive outcome, she said.

“Every single person involved took me seriously when I said something was wrong and that I thought I was having a heart attack,” Pedrick said. “Every single one of them acted fast and did what they needed to do to get the ambulance to me ASAP.”

Even though she presented with “classic” heart attack symptoms, she said being only 40 a heart attack is so rare that it would have been easy to dismiss the warning signs as something else.

But Cole and Akins were different and dismissed the rarity of the event, getting ready to transport Pedrick to the hospital when she experienced a cardiac arrest.

“As soon as they saw me, they didn’t hesitate to treat me like I was having a major health concern,” Pedrick said. “They hooked me up to the monitor, took my vital signs and immediately started assessing me. They gave me nitro, and within minutes I was being hauled off to the hospital.”

“At every moment, these two heroes made me aware of what was happening and explained what was going on and what they needed to do,” she continued. “They even apologized for cutting my sweatshirt in order to save my life. Their kindness will never be forgotten. I don’t care what people say about bedside manner in an emergency, it makes a difference.”

She said despite the scary situation, they were able to put her at ease, and even ensured she was not alone in the hospital until support had arrived.

“They waited for my family to arrive and the doctor,” Pedrick said. “They made sure I had my diabetic supplies and my phone. They made sure I called my husband to ensure he knew which hospital I was at, since there was a change in plans where I was being taken. All of these things were taken care of.”

Their fast action and trust in the patient, she said, likely saved her life.

“There is no better feeling than knowing you have saved a life,” Wheeler said. “In this case having these two amazing staff members save this young mother’s life shows how important it is to be ready to respond to any situation, and their actions fill the entire department with immeasurable pride. There is no better example of the EMT and paramedic spirit than the actions of Akins and Cole.” 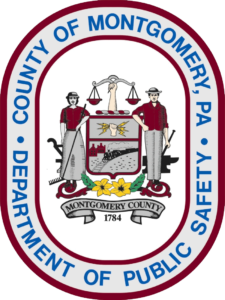